Who is Hassan Bah?

Hassan Bah, your host and tour guide during your stay in Doucki, was born in 1962 in Sierra Leone. His family’s roots are in Guinea, though, and his father was born and raised in Doucki. In addition to completing high school in Sierra Leone (where his teachers included Peace Corps Volunteers), Hassan also earned an auto mechanics certification.

Leaving Sierra Leone in 1983, Hassan worked in hospitality for the Zaire Embassy in Mauritania for just over a year and in the process learned French. He then embarked for the Canary Islands where he spent the next 7 years as sea-going mechanic. His seaman’s life gave him the opportunity to travel to Morocco and Norway, as well as to learn Spanish (his favorite language).

In 1992, Hassan joined his family, who had since resettled in Doucki. He began his work as a community health agent at this time, educating himself in disease prevention through reading. In addition to health education, Hassan regularly visits Doucki’s valley, where he provides medicine to those with very limited access to health resources.

In 1998, Hassan met Adam Lebou, a Peace Corps Volunteer working in Donghol Touma Center, 13 kilometers from Doucki. Adam later moved to Doucki, where he built the hut that many Doucki guests stay in during their visit. The seeds for Hassan’s tourism business were planted when he gave Adam and many of his Peace Corps friends and American guests hiking tours of Doucki. Word of Hassan’s hospitality and Doucki’s beauty spread, and now Hassan welcomes visitors throughout the year.

Hassan’s family is also an integral part of his tourism efforts. Brother Theirno Maju coordinates transportation from Doucki’s carrefour. Brother Abdoulrahim is an assistant tour guide as is his nephew, Alhassane. Also critical to Doucki’s success are the chefs! Hassan’s wife, Moimouna, mother, Oumar Sudo and sister-in-law, Mamadou Binta prepare the meals. One can easily predict that Hassan’s son, Mamadou Taibou, born in 2000, will grow up hiking!

Hassan’s vision for your stay is for you to feel “at home, man” and to be part of the community. He greatly enjoys visiting with his guests and not only during the hikes, but also while just relaxing in the hammocks, exchanging ideas and experiences. 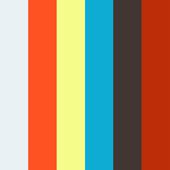 Hassan Bah runs a unique guest house and hiking base amidst the gorgeous mountains of the Futa Djalon in Douki, Guinea. For more info and photos, visit www.pulaku.com